24 Jun 2019
An interview with founder James Teo by The Design Society. Read it here >>  https://www.designsociety.sg/designstories-designers-insights/conversation-with-james-teo-of-ampulets

Photo of Article by Bob Lee

Ampulets's work for Kki Sweets is featured in The Straits Times for helping Kki make "a cohesive impression on customers" with the support of the DesignSingapore Council. 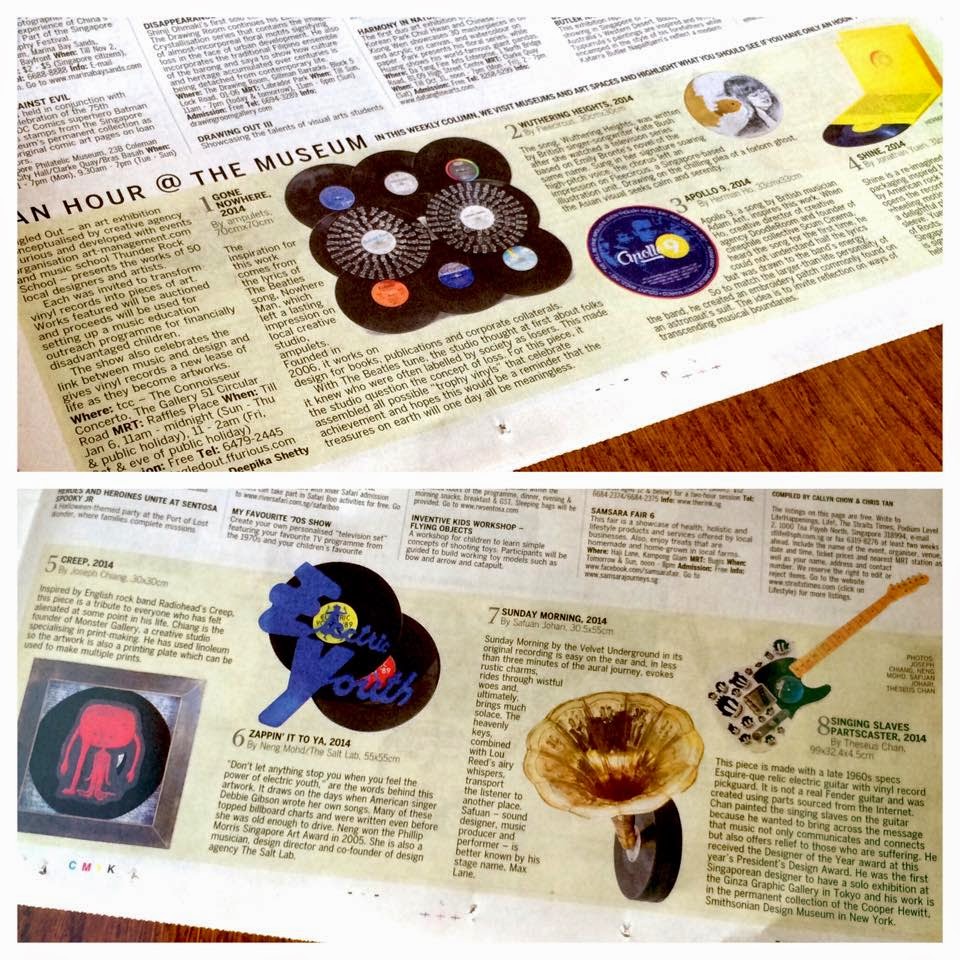 Ampulets is one of fifty creatives in Singled Out, an exhibition of artwork inspired by music and recreated from vinyls. Our work is featured in The Straits Times' article about the show.

5 December 2013
Supermama's "Singapore Icons" series, which includes ampulets' "Days of Lightning" design, was a winner of the 2013 President's Design Award! 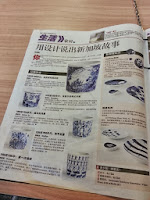 "From Another Time" curated by ampulets for Supermama's Democratic Society is featured in MyPaper today.

17 March 2013
Interested to own a set of ceramic ware with ampulets' "Days of Lightning" design? Check our SuperMama's online store!

9 January 2013
Check out ampulets' poster revisiting the "Two is Enough" campaign at the second Campaign City: Life in Posters. Organised by Salon Projects and the National Library of Singapore, the show will run from 9 January to 7 July 2013 at Level 11 of the National Library building :)

29 November 2012
Today is the launch of the Good Sweat project at we started in 2010 and is now under the label Neighbourgoods. 5 handkerchiefs, 5 creative individuals, 5 stories. Check it out at neighbourgoods.sg.

13 November 2012
We share what led us to start Neighbourgoods on Just Rambling by Justin Zhuang. Read about it here. :)

13 July 2012
Last month, we launched neighbourgoods, our new product label, with its first project - Goodbyetime. Limited copies are available for S$18 at Blackmarket, Woods in the Books, and soon, Supermama! :) ampulets' work for Eagle Eye and project Good Sweat are featured in The Design Society's publication Independence: The History of Graphic Design in Singapore since the 1960s.

26 September 2011
Koko the Great, a picture book that we worked on with writer Natalie Hennedige and illustrator Twisstii, will be launched at this year's Singapore Writers' Festival. It is published by the National Art Gallery Singapore. We'll next write a little more about a set of 3 picture books for pre-schoolers. This has been a year of picture books - loving it! :)

16 July 2011
We had great time working with Kan Lúme and Megan on the identity, stationery and website of their new combined studio, Chapter Free. Can't wait to see more new and exciting work from them soon. :) The NYJC's gift wrappers are also fresh from the oven. Share it with you guys once we find time to do some shots of them. :)

17 June 2011
In May, Adam Road Presbyterian Centre approached us to whip up a package design for their Father's Day gift - a CD recording of a sermon on Jesus' famous parable on "The Prodigal Son". This is what we did for them! 2011's first issue of Eagle Eye has also been rolled out. We are now working hard to get the 3rd book of the MOE's children book series out. Hope we can share more about the series with you soon. :)

10 April 2011
We've not updated this page much, but 2011 has been good thus far. We've been commissioned to design 4 children's books and will continue to work on Eagle Eye. In the works is also the identity design for a new creative studio by a filmmaker and artist duo. Are we excited? Definitely!

17 September 2010
Our brochure for the President's Young Talents exhibition is featured on uPrinting.com as one of "33 Exciting Event Brochure Design Examples". ;)

15 September 2010
Check out Salted Fish, a children's book published by the National Art Gallery, written by Yeo WeiWei, illustrated by Singapore artist Ye Shufang, and inspired by pioneer artist Cheong Soo Pieng's painting of the same name. It'll be available for $16.10 at all good bookstores from 1 Oct onwards. We're excited because it's the first children's book we've designed! :>

06 September 2010
Our work on the theme "fortune" is featured in issue 4 of kult magazine, a quarterly publication.

02 September 2010
ampulets' poster "Two is Enough" is part of evil empire's Campaign City. The exhibition runs from 9 September to 15 October. mypaper covers it on its 1 September issue :) 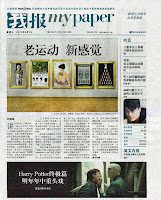 12 May 2010
We were commissioned by Raffles Institution to redesign their school magazine. Eagle Eye, Issue 1 is out now. We are loving the feel of the 100% recycled paper. :)

10 April 2010
April is a busy month, but despite our busyness, we couldn't resist participating in two upcoming exhibitions. If you are free, catch us at any of the openings nights. The Hitchhiker's Guide to Galaxy (15 - 21 April) and Pameran Poskad 2010 (17 April - 1 May) exhibition.

23 March 2010
We were recently asked by Film Director Tan Pin Pin (Singapore Gaga & Invisible City) to develop collateral (poster/ postcard/ Info. sheet) for her first feature film 'The Arrival'. These were designed for her to promote the film to potential investors at the Hong Kong Asia Film Financing Forum (HAF). We are so looking forward to her new film. All the best, Pin. :)

25 February 2010
Looks like we will be developing posters, promotional postcards and Tees for Pameran Poskad 2010 exhibition as well. :)

05 January 2010
We are currently working on the Pameran Poskad 2010 exhibition website with Japanese print-maker couple, Tamae and Eitaro. The site is slated to be launched in mid Jan. What a great way to start the new year! :)

26 November 2009
post-museum x ampulets t-shirts will be out soon. All proceeds from the sales will go towards supporting the programmes at post-museum, an independent cultural and social space. Check back here for the sneaks!

26 October 2009
The catalogues for the President's Young Talents exhibition are finally out!

14 August 2009
The President's Young Talents exhibition at 8Q SAM opens today! Go check out the art...and our graphic work for this project :>

16 July 2009
Our illustration "Elvis and Love" is loaded up at the Tiger Translate website.