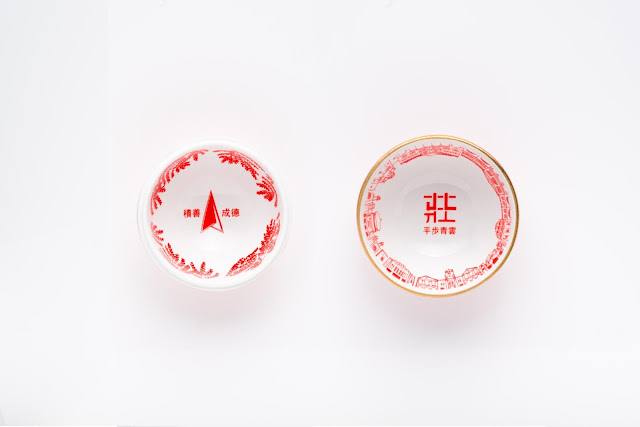 Besides working with Supermama and Kinetic to curate the 50 artists and works for the Little Red Dot project, we got to design one of the 50 beautiful porcelain vessels. We were given a photographic image of Raffles Place (then known as Commercial Square) featuring Singapore's oldest department store John Little. James writes this about his inspiration for the design:

"When I was a child, I often wondered who owned the department store John Little. Was there really someone called John Little? In my innocence, I concluded that it must have been named after one of Robin Hood's Merry Men: Little John. Our artwork imagines an ideal world where John Little meets Little John. It is a world where progress is fueled by both material and spiritual wealth, where running good businesses and doing good deeds are two halves of a complete enterprise."

ampulets will be designing the project's print collateral, including a commemorative book. Watch this space for more information.